Please use the Email Link below for orders. You can view our products at any of the following social media points of access 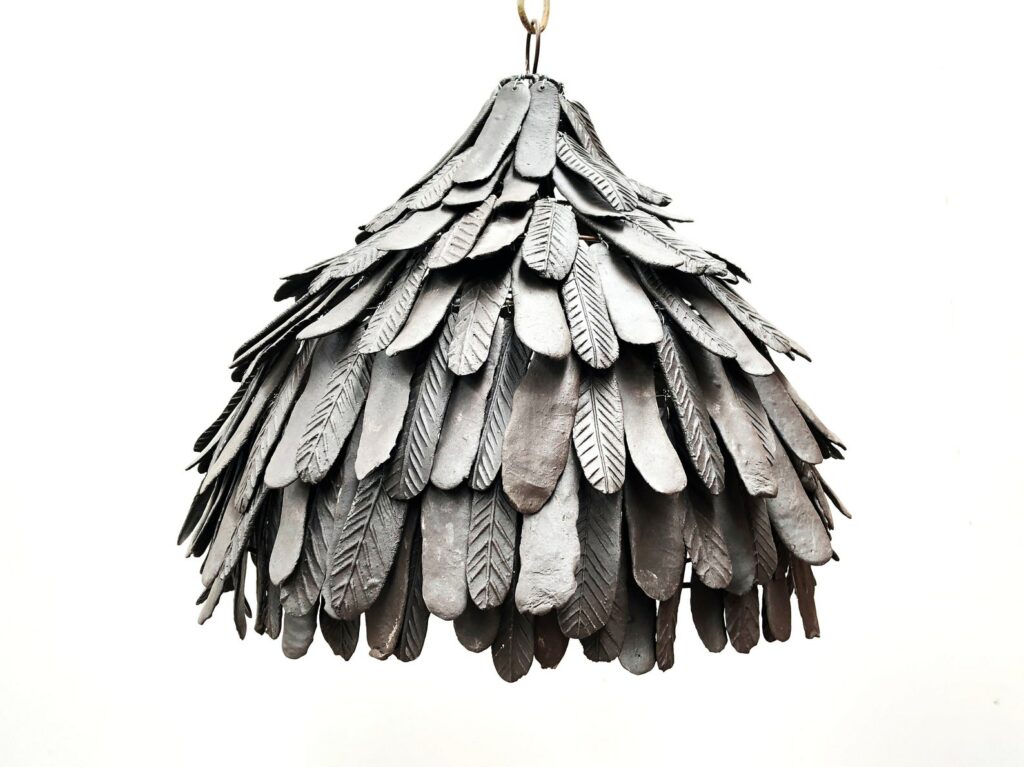 What I admire is that the design starts from a village community and becomes something desirable worldwide.

Creators of bespoke ceramics and lighting

Mud started early one hot morning in January of 1999, it came into being with the persistence of one person that wanted to make a difference! Philippa du toit started this as a poverty alleviation project she was determined to make a difference Mud was truly born out of poverty out of hope and out of the will to make that difference.  Philippa’s husband Werner jumped in and decided to design the first clay bead chandelier in early 2004. This marks the birth and the blossoming of the Original Mud Chandelier©.

The original Mud chandelier© received many international accolades and was exhibited in MOMA New York, was snapped up by the Ralph Lauren© store in New York and has since graced the elegant homes of the rich and famous, and yes Batman also owns one!
Who could have known from the dusty village in africa.

Reach out to MUD Studio

Please use the Email Link below for orders. You can view our products at any of the following social media points of access

This website uses cookies to improve your experience while you navigate through the website. Out of these, the cookies that are categorized as necessary are stored on your browser as they are essential for the working of basic functionalities of the website. We also use third-party cookies that help us analyze and understand how you use this website. These cookies will be stored in your browser only with your consent. You also have the option to opt-out of these cookies. But opting out of some of these cookies may affect your browsing experience.
Necessary Always Enabled
Necessary cookies are absolutely essential for the website to function properly. This category only includes cookies that ensures basic functionalities and security features of the website. These cookies do not store any personal information.
Non-necessary
Any cookies that may not be particularly necessary for the website to function and is used specifically to collect user personal data via analytics, ads, other embedded contents are termed as non-necessary cookies. It is mandatory to procure user consent prior to running these cookies on your website.
SAVE & ACCEPT
Scroll to Top